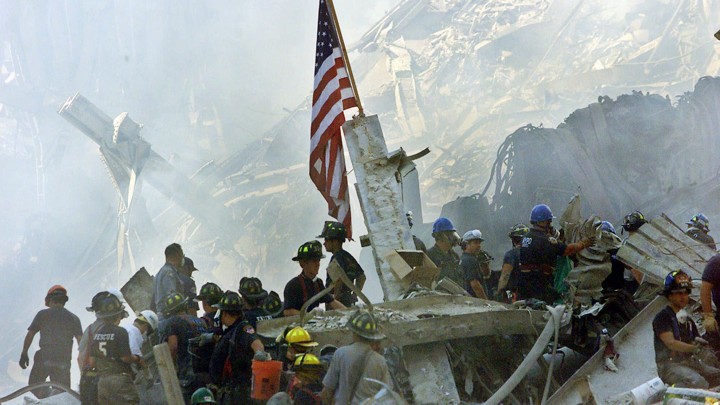 On September 11th, 2001, I was a twelve-year-old boy listening to news reports echo through a radio hung on a tree branch. At that age, I was old enough to carry ammunition for Mujahidin militants fighting the Taliban, but also, unaware of global affairs or what ‘America’ was exactly. We lived 45 minutes away from the Taliban trenches in Keshm District. I distinctly remember the sound of heavy artillery as formal war broke out between the Northern Alliance and Taliban fighters. In 2001, Keshm became the center of resistance for the Mujahidin fighters. As kids, we stood on the streets while military tanks and artillery passed by.  It was startling to watch the men, women, and children as young as 12 armed with weapons.

When I reflect on the 9/11 terrorist attacks, I often think of the unique dichotomy that is presented in my life.

9/11 is an undoubtedly tragic day for the United States, but Afghans already knew the menaces of terrorism and the Taliban well. The Taliban governed for five years and instituted barbaric policies. In the 1990s, they provided sanctuary to Al-Qaeda and the Haqqani Network, turning Afghanistan into a safe haven for terrorist groups, seeking ‘an entry to heaven.’ Infamous leaders such as Osama bin Laden and Abu Musab al-Zarqawi (the founder and leader of the Islamic State) used Afghanistan as a strategic transit point. Terror groups used Afghanistan as the logistic headquarters for deadly attacks in Kenya and Tanzania as well as the orchestration of 9/11.

By 2001, the Taliban occupied over 90% of Afghanistan, with the exception of Badakhshan, Panjshir and Sheberghan provinces, where the Afghan Mujahidin [Northern Alliance] resisted them. However, the internal war in the country displaced my family. Many Afghans fled to Pakistan, Iran, and other nations, but my parents chose to stay and fight against extremism and terrorism. I recall passing through the Hindu Kush Mountains, sleeping on the ground, and looking up at the stars as I hoped for peace while family members sought refuge in faraway places.

In 1996, my family fled from Kabul to my parents’ hometown of Keshm in Badakhshan province. Many families, like us, feared for their lives because of the Taliban’s brutal killings and their extreme ideology. The Taliban did not consider those who lived in the North as devout Muslims, and importantly, the Taliban believed they were part of the greater resistance. After 9/11, everything changed.

Two days prior to 9/11, another event rocked our region. Ahmad Shah Masoud, the leader of the Northern Alliance, was assassinated by Al-Qaeda and the Taliban. Bin Laden wanted Masoud gone as he was a strong personality that countered the spread of Islamist extremism and radicalism. The combined events compelled my family left to seek refuge in the mountains for weeks as B52s bombed the Taliban trenches. All of these unpleasant memories remain clear.

Nevertheless, the events of 9/11 influence my life in positive ways I could not imagine. At the age of 15, I decisively left school and pursued an opportunity to assist the US military in Afghanistan as a translator and intelligence operator. From that point, I fulfilled roles with the US Department of Defence, the State Department and engaged with projects to reconstruct Afghanistan. I created Rise to Peace and do all that I possibly can to counter-terrorism and extremist ideologies. Simply put, I am not devoted to this field because I particularly like terrorism, but rather, I want to use my experiences to prevent it. The events of 9/11 and other terrorist attacks give me energy that I direct towards prevention of such sorrows.

The US military’s toppling of the Taliban meant positive developments for Afghanistan too. No longer did the country have to be ruled by an ideology akin to narrow-minded cruelty, but Afghans could experience some normalcy. A gesture often has taken for granted abroad — girls attending school — could now happen. 9/11 will always be remembered as a tragic event, and it should be, but at the same time, its consequences restored hope for democracy and freedom among Afghans lost between fear and hope for survival in the context of the global war on terror.

If we can find a way to stand together and strategically fight for humanity and freedom, it will positively impact the world for generations.