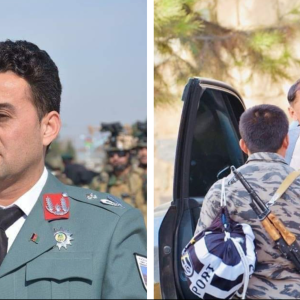 Hours into September 1st, a mine detonated and killed General Nazir Mohammad Niazi as he made his way to watch a soccer match in Faizabad; the capital of Badakhshan province in Afghanistan. General Niazi was a well-known Jamiati commander and the former mayor of Badakhshan.

The incident occurred at the same time of other violent events and shifts in the Afghan political landscape. Kunduz province was attacked for the third time in the past 18 years yesterday. Said Husain Sarwari, Kundoz Police spoke-person — a father of four — was killed. Taliban forces were defeated after 24 hours of counter operations, but they retaliated with an attack on Baghlan soon after. They remain in an active conflict with Afghan security forces.

Further, General Niazi’s death is controversial because he met his end only hours after Hizbi Islami leader, Gulbuddin Hekmatyar, landed in Faizabad as part of his presidential campaign. Hizbi Islami is a major political party in Afghanistan and remained in fervent dispute with Mohammad’s Jamiati party, the largest in Afghanistan, since the 1990s.

It is prudent to mention that Hekmaytar recently returned from Pakistan and received name clearance from the Central Intelligence Agency (CIA)’s blacklist. The political implications of General Niazi’s death will consequently raise concerns.

All of this is concurrent with the completed talks between the US Special Envoy for Afghanistan Peace and Reconciliation and the Taliban in Doha, Qatar. These talks seek to achieve a pathway to intra-Afghan dialogue and solutions for peace.

Mass Taliban attacks such as these reveal important points:

1. Certain Taliban demands are not being met and they are increasing their use of military tactics to demonstrate their power.

2. The Taliban lack unified leadership and simply does not have control over all its factions

The assassination of important Afghan figures is not a new phenomenon. Contemporary applications of targeted suicide bombings as a tactic became commonplace when two Arab journalists killed the leader of the Afghan Mujahidin, Ahmad Shah Masoud — a national hero two days before 9/11 incident. Most of Masoud’s influential people and commanders were subsequently assassinated as well in the past 18 years.

A clear picture regarding the perpetrators behind these attacks begins to take shape. Osama bin Laden ‘hated’ Massoud because he was against al-qaeda and terrorism and his presence made it hard for Osama to operate successfully in Afghanistan with Taliban. According to evidence and criminal investigation biometrics, Pakistani intelligence and their proxies — the Taliban — can be linked to such instability.

Pakistan is typically pinpointed as the key strategic planner behind these deadly attacks in Afghanistan due to historic facts and the evidence found at the scene of suicide bombings and on arrested soldiers.

At a closer look, all of the targeted leaders and commanders expressed critical sentiments against Pakistan as well as the role of Pakistani intelligence’s role in facilitating violent acts, especially in Afghanistan.

As an example, the former president of Afghanistan, Mohammad Najibullah, who criticized Pakistan for interfering in Afghan politics and supporting rebel factions, was publicly executed by hanging by the Taliban. Further, in 2018, General Abdul Raziq was assassinated in Kandahar province for his strong stance on Pakistan and terrorism. After his death, some units of the Pakistani military cheered and celebrated his death.

The loss of experienced commanders is detrimental to Afghanistan’s future. Knowledgeable commanders are in dire need as the country seeks to gain the upper hand of a critical situation in which extremist groups gain vast swaths of territory.

The ongoing Afghan war is typical of guerilla warfare in that it is difficult to understand who remains engaged in the fighting and who is exactly responsible for key assassinations. Many suspects emerge: it could be the Taliban who killed General Mohammad or it could have been Hizbi Islami or ISIL. Only intelligence collection and further investigation will reveal the truth.