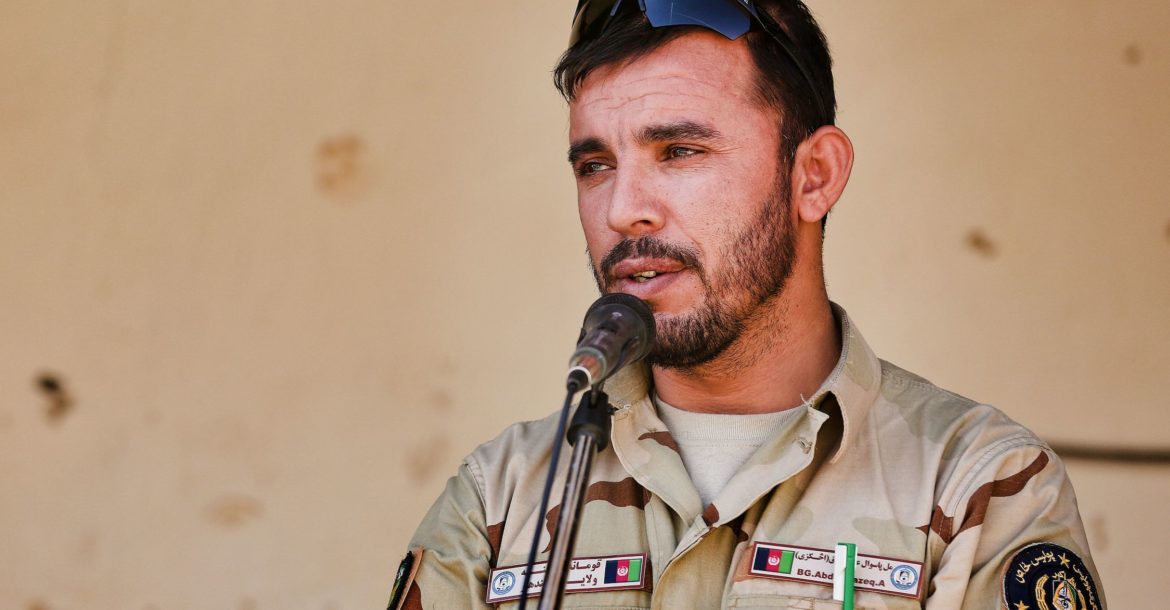 General Raziq was shot and killed as he was leaving a U.S.-Afghan meeting in Kandahar, where Gen. Austin S. Miller, the Commander of American forces in Afghanistan, the Kandahar provincial governor, and other leaders were present.

General Raziq had survived dozens of life-threatening attacks but continued to fight against terrorism in the southern provinces of Afghanistan. He was proactive and took a strong stand against Pakistan, accusing it of providing sanctuary to the Taliban. The Taliban feared him terribly and he was regarded as a rampart against insurgents in the area.

He was effective in fighting extremism, in encouraging Afghan unity, and in coordinating with leaders in the U.S. coalition.

Gen. Raziq was an influential American ally in the south where he was loved by Afghans for his patriotism and passion for bringing peace through eliminating insurgency. He was known for hunting and killing Taliban insurgents. Gen. Raziq said repeatedly that the goal was to, “kill them, not capture;” he was keenly aware of their destructive potential.

Gen. Raziq joined the Coalition for the Salvation of Afghanistan, led by Ata Mohammad Noor, Gen. Dostum, Mohammad Mohaqiq, and other reps from 34 political parties to vouchsafe a transparent election, and a legitimate government that fights extremism and serves the public.

An attack like the one that killed Gen. Raziq provokes doubt and despair. It spurs suspicions of governmental coordination behind such attacks and others like it: Gen. Daud Daud, Burhan-Uddin Rabbani, the former president of Afghanistan, the bombing of the Ministry of Defense, and others since 9/11. The Taliban leverages such paranoia for its purposes.

Over the past two weeks, America’s special envoy for Afghan Peace and Reconciliation, Zalmay Khalilzad, held talks with the Taliban’s political office in Qatar for a negotiated settlement of the Afghan conflict.

Next, Khalilzad met with senior officials in Saudi Arabi, Pakistan and Afghanistan to facilitate the Afghan peace process. All the while, the Taliban continues to execute deadly attacks, eliminating key figures, suggesting they do not want to negotiate, and undermining any hope for peace.

Going forward, Afghanistan stability relies on the following factors: 1) transparent parliamentary and presidential elections wherein a legitimate government is formed without foreign intervention, 2) a national peace process that includes all of the tribes in Afghanistan with meetings taking place only between Afghans, and 3) creation of a counter-insurgency policy that is three steps ahead of the enemy.

The international community can foster change by supporting more education, helping with infrastructure redevelopment, and monitoring progress against corruption and social injustice. This would empower Afghans to build resilience against the terrorists who jeopardize national security.

Ultimately, the future of Afghanistan depends on its people. Good governance, transparent elections, economic development, education, and ethnic harmony all lie along the path to peace.

Afghans must realize that discrimination is ruining the nation, corruption is feeding terrorism, and division is eroding the values that ought to unify Afghans. When they recognize those challenges and commit to overcoming them, they can begin taking steps toward a lasting peace.