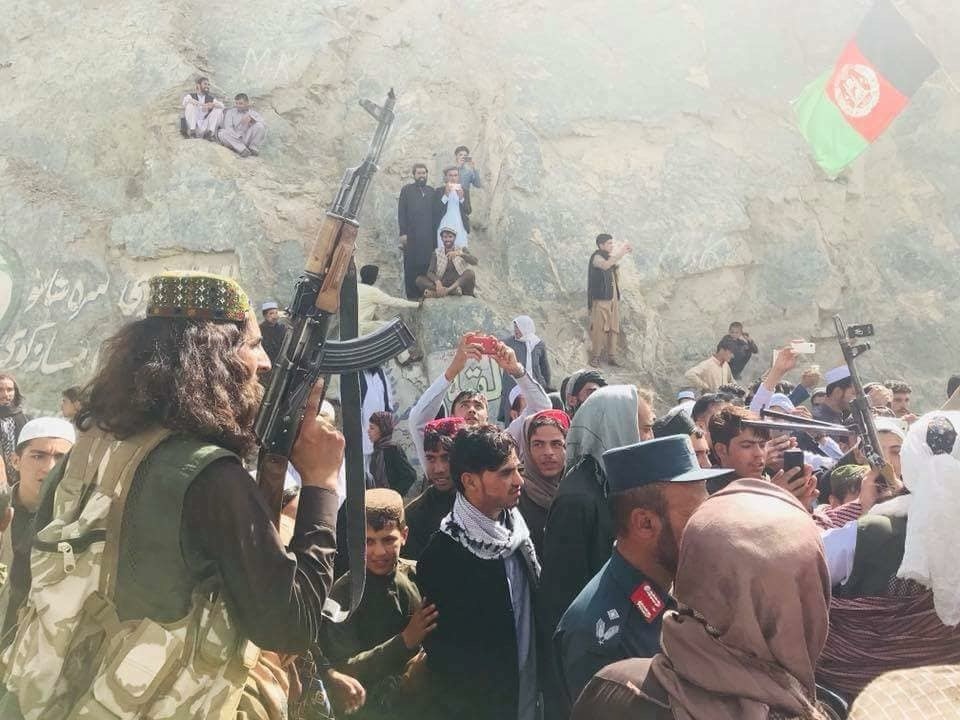 The United States is planning to lead direct talks with the Taliban in an effort to end the 17 years of war in Afghanistan.

The United States plans to lead peace talks with the Taliban in an effort to end 17 years of war in Afghanistan. The New York Times reported in recent weeks U.S. delegates have visited Kabul and Pakistan to discuss the aforementioned US-Taliban talks.

Last week, Secretary Pompeo promised to support the Afghan government in peace negotiations. Pompeo reiterated the strategy announced last year by President Donald Trump which focuses on additional U.S. troops in the country as a tool to pressure the Taliban to negotiate with Afghan leadership. “The strategy sends a clear message to the Taliban that they cannot wait us out,” Pompeo said.

But during his trip to Kandahar, he said, “Our Secretary of State, Mike Pompeo, has said that we, the United States, are ready to talk to the Taliban and discuss the role of international forces.  We hope this will help move the peace process forward.”

The State Department added that “any negotiations over the political future of Afghanistan will be between the Taliban and the Afghan government.”

The Taliban cheered the prospect of direct U.S. talks. They do not want to negotiate with Afghan leadership, which see as illegitimate and incapable of offering them valuable concessions. Sohail Shahin, the spokesman from the Taliban’s Qatar office, told Aljazeera, “This is what we wanted, and what we’re waiting for – to sit with the U.S. directly and discuss the withdrawal of foreign troops.”

Political leaders and Afghans believe peace is possible if Afghans lead the way. Only the Afghans can win this war. Neither U.S. troops nor U.S.-Taliban peace talks will pacify Afghanistan.

In fact, U.S. involvement may be exacerbating fundamental tensions. Former Afghanistan President Hamid Karzai stated recently in an interview with Ahmad Mohibi, “The Taliban want to negotiate with the U.S. because the Afghan National Unity Government is weak. The Taliban sees themselves as stronger than the Afghan government. They believe the U.S. is the power-holder in this dynamic.” Karzai advocates an Afghan peace process led and implemented by Afghans. “Peace is possible in Afghanistan if it’s a pure process in which Afghans are involved in every aspect of talks,” Karzai said

Taliban supporter biking around the city of Kabul during the ceasefire between the Afghan government and the Taliban. June 17, 2018 Photo by Ahmad Mohibi

Attempts at Afghan peace talks date back to 2006 – a year of deadly terrorist attacks and suicide bombings that saw in excess of 4,000 people dead, including 170 foreigners. This was a dramatic uptick in suicide bombings and it came in the wake of the War on Terror, which began in 2001. But that same year, 2006, at a Shia religious gathering, Hamid Karzai invited the Taliban to participate in peace talks. Karzai said, “While we are fighting for our honor, we still open the door for talks and negotiations with an enemy who is shedding our blood and bent our annihilation.”

Since then, Afghan and American governments, the international community, NATO, and Afghanistan’s neighbors have supported peace talks. Yet, despite the deployment of 15,000 U.S. troops and 17 years of U.S. and international support, the Taliban has gained territory, suicide bombings surge, and more terror groups are coalescing. And the Taliban are unwilling to negotiate with the Afghan government.

However, that the role of the United States in the peace process remains necessary to ensure other state actors, such as Pakistan, which continues to provide material support to the Taliban, push them to bring the Taliban to the negotiation table. Together peace can be achieved, but only through a recognition of the Afghan lead in these efforts.

There is still a chance for peace. Afghans are hardworking people with the courage to build their homeland.  Americans are thoughtful and passionate people that are willing to help Afghans win the peace.

Ahmad Shah Mohibi is founder and president of Rise to Peace and a national security expert. Ahmad Mohibi is a published writer as well as a George Washington University and George Mason University Alumni. Follow him on Twitter at @ahmadsmohibi